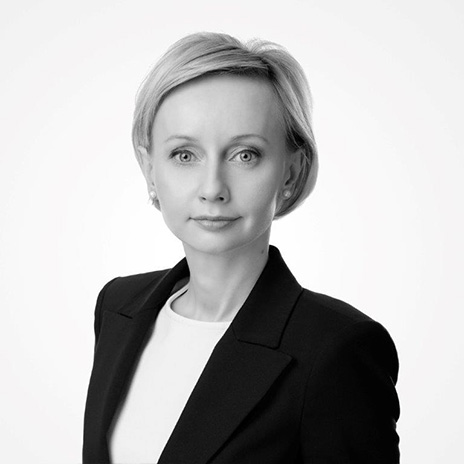 The victory of the Law Firm before the Supreme Administrative Court

The victory of the Law Firm in the case regarding the ban on allowing dogs in the premises of the park  (II OSK 726/17). The Supreme  Administrative Court has endorsed the position of the Law Firm, ruling that the regulations of using the municipal park  have breached the rights of residents, animals’ carers by banning their entrance to publically accessible premises, which constitutes a limitation of liberty and the human and citizens’ rights.

The victory of the Law Firm before the Supreme Court

The victory of the Law Firm before the Supreme Court in the case regarding the employees’ obligations of submitting to a preventive breath test (II PK 199/17). The ruling of the Supreme Court has an important practical significance. So far, the position that an employee cannot be punished by the employer for the refusal to be submitted to a breath test itself, unless there has been a justified suspicion regarding his/her sobriety has prevailed in jurisprudence.

Counselling for a municipal company from the public transport sector

A complex representation of a municipal company (public transport) in disputes regarding commercial law and agreements.
Show all

Advice provided to the foundation

Counselling for an investor in a dispute with a general contractor

Counselling for the consortium of general contractors in a court dispute with the National Treasury (GDDKiA) connected with “a Minimum Performance Amount,” and “the Extension of Time for Completion“ in connection with implementing a road  contract. The Law Firm has obtained a security of claims against the National Treasury (GDDKiA) also in the form of a prohibition of setting off contractual penalties and a  prohibition of filing declarations of withdrawing from a road contract. The value of the dispute subject ca. PLN 15 mln.

Representing a Client in the case of shaping a legal relationship in the form of a lease agreement. The Law Firm has obtained a beneficial ruling of the Court for the Client; it has changed the legal relationship existing between the parties to a lease agreement in such a way that it has lowered the lease rent due to the faults of the lease subject, which have limited the usefulness of the property leased to the use agreed.

Representing a Client in the case of redressing damage caused by torts of the defendant in enforcement proceedings. The Law Firm has obtained a beneficial settlement of the Court for the Client in connection with damage inflicted on the Client as a result of the contractor breaching the principles of community life and abusing the right to which it is entitled. Breaching the principles of community life regarded using the legal institution of interest for default against its principal aims and  an unfounded initiation of enforcement proceedings in relation to the Client.

Representing a client in a case regarding discrimination

Representing a client in a case regarding  employees’ discrimination due to the date of  establishing the employment relationship. The case has ended in the victory before the Supreme Court (II PK 16/15). Taking into account the cassation appeal of the Law Firm, the Supreme Court has decided that the date of starting employment in the Company cannot be deemed to be a basis for  differentiating employees, as it does not refer either to the plaintiff’s personal characteristics or to the prohibited criterion of differentiating due to employment for the definite or indefinite period of time (or full-time or part-time employment).

Counselling for an investor in a dispute with a building contractor

Representing an investor in court proceedings brought by a general contractor. The Law Firm has obtained a ruling that was beneficial for the Client withholding the enforceability of payments orders from bills-of-exchange. The value of the dispute subject ca. PLN 6 mln.

Counselling for a general contractor in a dispute with an investor

Representing a general contractor in a dispute with an investor before the Arbitrage Court at the National Chamber of Commerce in Warsaw over a payment.  The value of the dispute subject ca. PLN 10 mln.
This site uses cookies to provide services at the highest level.Accept